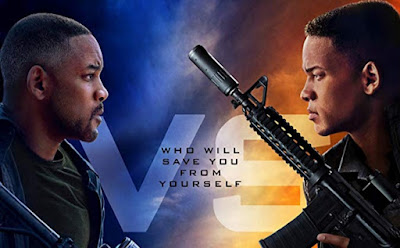 Gemini Man is the definition of a popcorn action flick. There's a story just deep enough to grasp the attention of the audience. Couple that with action and stunt scenes galore and a strong performance that's just believable enough by our main actor, Will Smith.

Henry Brogan is an elite 51-year-old assassin who's ready to call it quits after completing his 72nd job. His plans get turned upside down when he becomes the target of a mysterious operative who can seemingly predict his every move. To his horror, Brogan soon learns that the man who's trying to kill him is a younger, faster, cloned version of himself.

While Ang Lee continues forges on as a forerunner in modern Cinema and technology, he begins to lose substance over spectacle. While Gemini Man gives a convincing de-aged Will Smith (until the last 10 minutes), there's unfortunately the absence of a true antagonist that isn't just evil to be evil. His motivation is incredibly pro-America and doesn't really fit the rest of the movie as he delivers lines and dialogue about how soldiers die and if we just make clones people don't have to die.

It's as if the people who made Gemini Man haven't seen Star Wars at all. One of the biggest franchises of all time conquered whether or not clones deserve choice and free-will a long time ago. While the social commentary is weird at times, the performances are truly good. Will Smith is especially efficient at portraying a young and old version of himself. 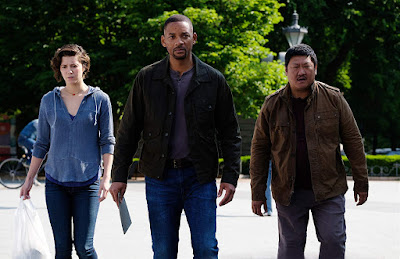 As the movie progresses we are hit with the moral question of who deserves free will and who doesn't? If mankind were to ever play God and make a human being, would or should that being be allowed free will or not?

While free will is a common theme in Christian theology, we all accept the fact that free will was given to us by God. When it was given to us, it was for the opportunity to have a genuine and authentic relationship with him, our creator. What Gemini Man sidesteps around is the fact that while the clone has a creator, that creator is inherently evil. Thus, if man were to create life, it would be up to the creator of said life to decide what will is given or taken. It's a fascinating concept that Ang Lee barely scratches the surface of, but something I'd love to see explored more in other more cinematic films.

Gemini Man is rated PG-13 for violence and action throughout, and brief strong language. There is definitely some bloodshed and a few expletives thrown around, both minor and major in strength.

Gemini Man is not a perfect movie but it is a fun one. Honestly, that's what I expected. To rate it from a critics standpoint, it falls more than it flies. To review it from an enjoyment perspective, it's a wild ride.