Chris Corley can never be accused of being lazy or shortsighted. Since I met him in 1999, the man has pushed his band through the lowest of lows and the peaks and valleys of the heavy metal music business. His love for his art and band, Benevolence, have always been consistent. He's kept going on through member changes and even tragedy when most bands would just give up and throw in the towel.

Corley's group regularly opens for national acts coming through the Dallas / Fort Worth, TX area and have a sizeable fanbase that they've expanded thanks to digital platforms like Spotify, iTunes, and the likes. I caught up with Chris recently to talk movies and music and what they mean to him. 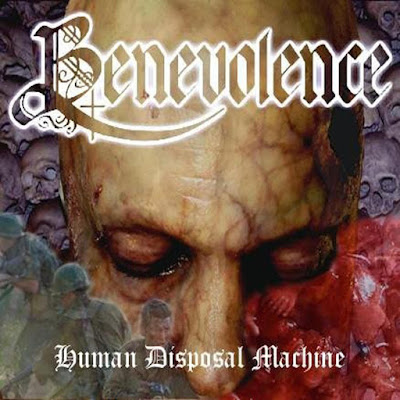 I’m Chris Corley, the drummer for the Fort Worth, Texas-based metal band Benevolence. Long story short, we have technically been around under different names since the early 1990’s.

On January 1st, 1997, we officially started using the name Benevolence. It was on my list of names since before the start of the band. We started out a blend of Paramaecium and Obituary. We then added faster and more aggressive influences. A few would be Anthrax, Meshuggah, Opeth, Dream Theater and Living Sacrifice among others.

After a lengthy hiatus that never should have happened, we have returned with a Vengeance, in full on Devastation mode. Influence from our newest lineup bring melodic elements to the forefront and even some occasional clean vocals. Mike is still bringing his Barney Greenwayesque (Napalm Death's singer) gutterals to the mix too! 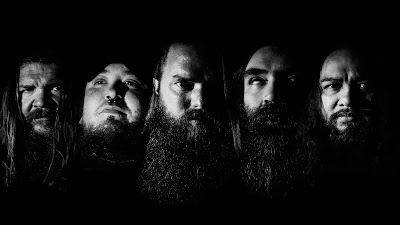 I personally got rid of the cable box. I do have Netflix. I watch stuff related to music and car shows, like restoration shows; historical shows; and stuff from back in the 1800’s and early 1900’s.

Not mine. I think that Charles, one of our guitar players, takes some influence from stuff like Lord of the Rings. 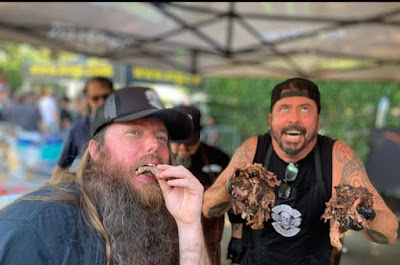 I used to watch a lot of comedy, so Adam Sandler was a favorite for a long time. I really dug him and Jim Carrey for years, I loved the Cannibal Corpse scene in Pet Detective. I still revisit those movies every now and then.

Being a fan of vintage cars (one of my favorites being Mustangs), I do love Steve McQueen’s Bullitt and H.B.Halicki’s Gone in 60 Seconds. The real one, not that stupid remake that caused the prices of 1967-1968 Fastbacks go up 500% overnight. I still can’t stand those fake Shelby’s.

Nowadays, I don’t have a specific favorite. 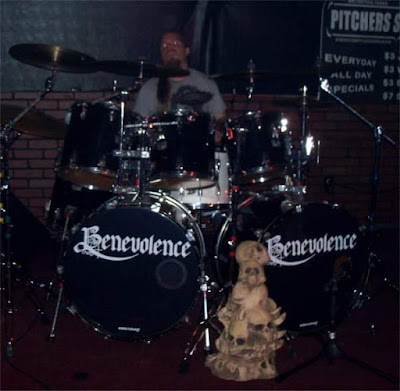 Simply put it’s about rebirth - coming back to life. We are discussing having half band playing and half story line. If we go that route, the band playing will mimic the photo session we did a while back that was done in the dark with minimal lighting hitting us from one side. The story line is basically a character walking through life dead, all zombie looking, As we progress through the video, the character is coming back to life. My youngest son suggested he play the zombie and his older brother is who he transitions into. He then transitions into me fully back to life. We are still planning the way the storyline plays out, so...


Tell us a bit about the latest album or project you're promoting?

Back on April 22nd, we released a compilation we intended to release before the hiatus. It was in memory of “J” Jason Evans, our lead guitarist, who was on the song Human Disposal Machine. He was killed. The release date was his birthday. We released it digitally. You can find it on pretty much every major digital store and streaming service. There’s a version of the single we released before the hiatus called “Retribution” that we had Charles add a solo to. It also contains alive “board burn,” some work tapes and guitar demos, a rough work tape of the song “Escape into the New Reality," along with many songs from Benevolence studio recordings.

We had a couple Christmas tunes on this release as well. One of them is a new Christmas single called “BenevMas” we loosely based it on Greensleeves and wrote it in the studio. It sounds like what it would sound like if TSO and Stryper had a musical child that was heavier. We also have a new song on this release called “Deep Rest”. We are currently promoting the Lyric video for this song which just came out late August.

We will be releasing the song Apotheosis in the next few months once the video is finished, we release the single to radio, and get it to press for reviews. This song is a bit thrashier than Deep Rest. Got some old school Anthrax influence in it.

Lastly, we have two shows immediately coming up. We are playing with the Galactic Cowboys September 14th at the Haltom Theater. You can pick up tickets at the link below.

The next show is at Trees on October 16th with Amorphis and Delain. We are selling tickets to this show, and will meet up with you to sell you some. You can visit our site below and message us on our social media.

We will have new merch at these shows, including new shirt designs, hats, beanies, koozies, stickers and more.