Musicians on Movies: Billy Power of Spoken in Tongues and Blenderhead 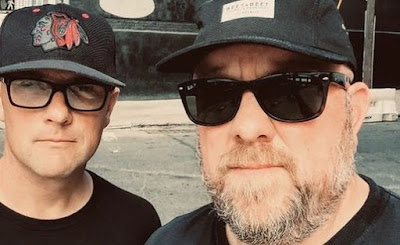 Billy Power is what you would call a veteran of the music scene. He fronted post-hardcore outfit Blenderhead in the early of days of Tooth and Nail Records. Speaking of Tooth and Nail Records, he was also label owner Brandon Ebel's right-hand man for many years, getting the fledgling indie label on its feet in its formative years. Now, Power is the main songwriter for his long-gestating passion project, Spoken in Tongues. I caught up with Billy to discuss movies and music and you can check it all out after the jump. 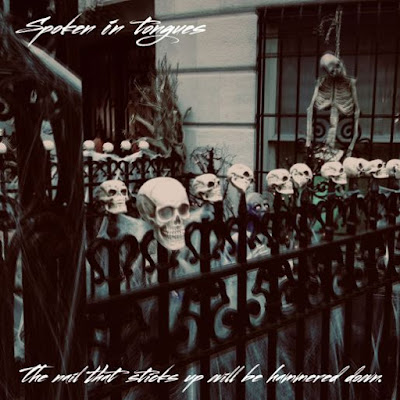 My name is Billy Power (ex-Blenderhead) and I sing, play bass and guitar and am the principle songwriter in the band Spoken in Tongues along with Chris Wible (ex Everdown) who plays drums.

I like a pretty wide variety of stuff but I am especially into things that are based on a true story as well as documentaries. Lately I have kind of been avoiding things that are too serious and leaning toward more comedy and other more fun genres like action / adventure. Of course, I love things that are based around music. I really enjoyed the Queen biopic recently as well as the film Begin Again about songwriters in New York. I started the A Star Is Born remake on a recent flight but ran out of time to finish it. I really enjoyed what I saw of it so far. I like original stories. I am not into most of the comic book films that are popular these days. As far as TV shows, I am really into Stranger Things, Glow, Mr. Robot and Ozark.

I definitely absorb that as inspiration. The song Versatile Solutions For Modern Living, by my former band Blenderhead, was pulled directly from the movie Fight Club. It leaks into other places as well.

I don’t know if I have an all time favorite. My current favorite actor is Rami Malek. He is so great in Mr. Robot and was incredible in the Queen film as Freddy Mercury. I forgot I was watching a fictional film at one point. He was just amazing in it. I always love Edward Norton in films and Robert DeNiro. 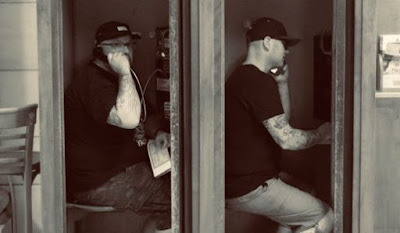 I was in the documentary No New Kind Of Story about Tooth & Nail Records. I have never been in an actual film.

I actually have never made a music video, but we are definitely going to make some for Spoken in Tongues. We’re planning on doing one for the song "Bluff" that will center around people inappropriately partying at a funeral. I hope we can capture what I have in my head. I think it will be fun and thought provoking! I am definitely into doing something cinematic versus the standard band lip sync videos.

"The Nail That Sticks Up Will Be Hammered Down" is the debut record from my new band, Spoken in Tongues. It comes out on November 22nd. I started working on these songs in 2013 and it’s my first album since 2000, which is kind of nuts. I am really excited for people to finally hear these songs. You can follow us on Instagram, Facebook and Twitter at @SpokenInTongues. Our website is spokenintongues.com and we just posted the first single off the album there today. Go give it a listen! Thanks for the opportunity to spread the word!
Newer Post Older Post Home