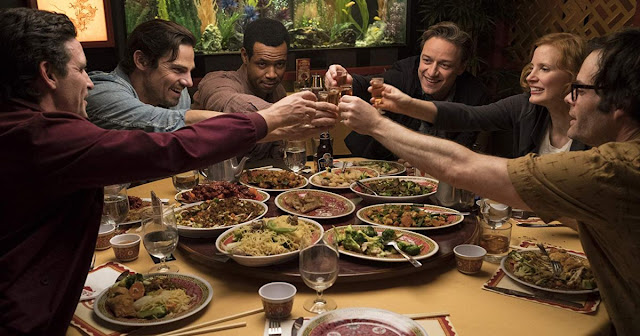 Going into IT: Chapter 2, I had a few hopes. A couple of those included a scarier experience than the first movie, a space Turtle, and Bill Hader and James McAvoy playing their characters to the T. 2 out of 3 of those expectations were met. Unfortunately, the space turtle doesn't show up.

In the sleepy town of Derry, the evil clown Pennywise returns 27 years later to torment the grown-up members of the Losers' Club, who have long since drifted apart from one another.

IT Chapter Two is the perfect example of one whose cast and story matured from it's counterpart. The cinematography and effects are honestly stellar and the quality overall is just Grade A. For one, a cast like this has never been seen in a horror movie.

You're getting names like Jessica Chastain, Andy Bean, Bill Skarsgard, James McAvoy, Bill Hader, and many more genre actors and throwing them together. The amazing thing is is that none of it feels fake! Their chemistry is phenomenal and it elevates IT Chapter Two. The return of the younger cast is also fantastic, as you see these young talents growing in their craft more and more. 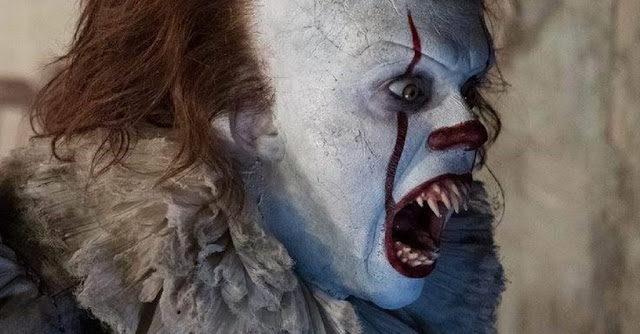 Now when it comes to story, IT Chapter Two is pretty straightforward with some awesome slow-burning moments, jump scares, and overall just really well done characterization. The mythology is handled well and there are some nice callbacks to the original IT. We get a few cameos that I won't name, but are fun.

IT Chapter Two is rated R for disturbing violent content and bloody images throughout, pervasive language, and some crude sexual material.

Now, the only complaint I really possess is the ending. Even then,  IT Chapter Two still makes sense. I left wanting more, but is that honestly a bad thing?

If there's any sort of lesson to take away from IT Chapter Two it was the idea of dealing with childhood trauma(or trauma in general). It conveys the message that it's okay to take time to heal and deal with it.