Director Scott Derrickson happened to run into actor Craig T. Nelson while out and about in the Hollywood trenches. The Doctor Strange helmer spoke to Nelson about Poltergeist and got the lowdown on a long-running dispute amongst horror fans. You can hear the behind-the-scenes news straight from Derrickson's Twitter feed after the jump.

"Just randomly met Craig T. Nelson... we talked Poltergeist for 20 minutes. He debunked the rumor that [Steven] Spielberg directed it. Said it was definitely a solid mix of the two -- Spielberg was often not even there," Derrickson stated. 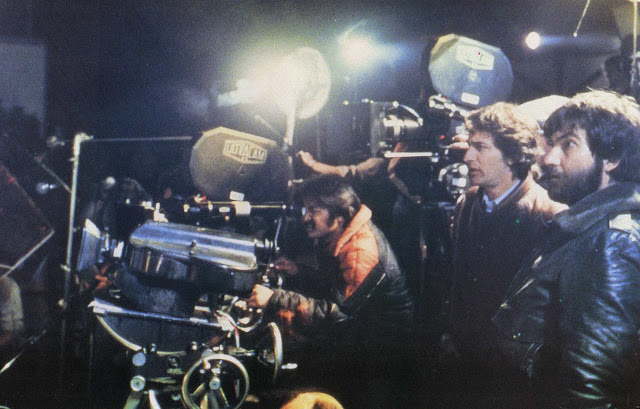 There's been a rumor floating around for many years that Tobe Hooper, who directed and co-created The Texas Chainsaw Massacre, really didn't helm most of Poltergeist and that Spielberg did much of the heavy-lifting behind the camera. Spielberg was directing E.T.: The Extra-terrestrial at the time and contractually wasn't supposed to be working on any other projects. If Nelson is to be believed, decades of speculation have just been put to rest by one of the main actors who was onset virtually every day of the movie's production. Tobe Hooper did indeed direct Poltergeist with Steven Spielberg.

Derrickson also wanted to make sure we all knew "the entire brilliant joint-smoking scene was all improvisation."
Newer Post Older Post Home