Concert Review: An Evening with Demon Hunter at Trees in Dallas, TX 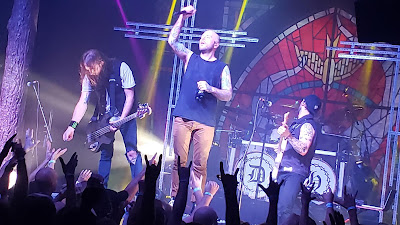 18 years down the road and Demon Hunter is still delivering a pummeling musical experience that is best explored on their latest tour in support of not one, but two full albums released on Solid State Records earlier this year. An Evening with Demon Hunter really is the best way to describe the experience of seeing the band perform two complete sets, which perfectly contrast and complement each other all at the same time. Not to make cheesy comparisons, but the easiest way to describe what happens is imagine going to see Stonesour and Slipknot in the same evening. Ease the audience into what will end up being a pummeling.

I've been a fan of Ryan Clark's musical output since even before Tooth and Nail released Focal Point's "Suffering of the Masses." They had a 7-inch ep entitled "Neglected" released on Life Sentence Records a short time before their debut full-length which caught my attention. Seeing them live on their only tour was a highlight of my musical history. I booked Training for Utopia in Austin, TX and saw them live a few times and the experiences were always electrifying. 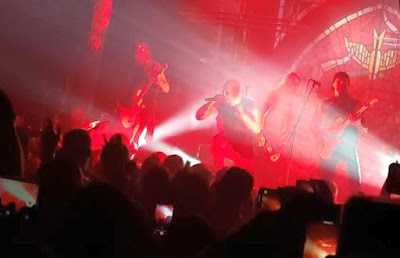 With Demon Hunter, Ryan takes his thought-provoking lyrics and sets them to a backdrop of lush and melodic piano lines and brutally chugging guitar riffs. Some call it nu-metal, but I call it musical progression. Knowing his musical tastes from interviews, An Evening with Demon Hunter must be the closest thing to perfect musical and artistic expression the accomplished musician could dream to experience.

Let's not put all the spotlight just on Ryan. The rest of Demon Hunter are more than capable of holding their own on stage. Guitarists Jeremiah Scott and Patrick Judge both handle their instruments with precision and fury, trading off leads with each other and double-picking power chords that whip the crowd into a frenzy. Bassist John Dunn stalks around the stage adding the booming low-end to the songs while drummer Timothy "Yogi" Watts pounds out the rhythms that drive home a cohesive heaviness and groove that really has become known as the Demon Hunter sound. 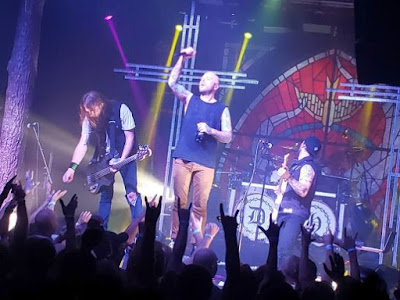 The audience at a Demon Hunter show includes a variety of different age groups and people. There were some kids who looked like your typical youth group or college types. There were way more middle-aged and older people in the crowd than I thought there would be. Some were alone or with their significant others, while a few were in attendance with their teenage offspring in tow. Of course, there were also a big number of metalheads and hardcore fans sporting Demon Hunter, Iron Maiden, and As I Lay Dying t-shirts and slamming it out in the pit front-and-center.

I would highly recommend attending An Evening with Demon Hunter wherever they're playing around you. It's the definitive experience if you're a fan of the group. They play a little over two hours, with an intermission in-between their acoustic and heavy sets. No matter what your favorite "sound" of Demon Hunter is, they play a song off every album and there's something for everyone.
Newer Post Older Post Home