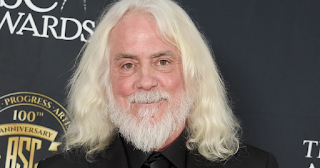 Robert Richardson, the three-time Academy Award-winning cinematographer who is coming off of Once Upon a Time in Hollywood, has signed on to shoot Venom 2. Andy Serkis was tapped last week to helm the sequel to Sony's 2018 hit, and the move now reunites him with the director of photography of his directorial debut, the 2017 drama Breathe. Richardson’s boarding also shows how fast the studio is moving on the project. More >>
Newer Post Older Post Home