She-Venom Returns in Her Own Title Ahead of Absolute Carnage 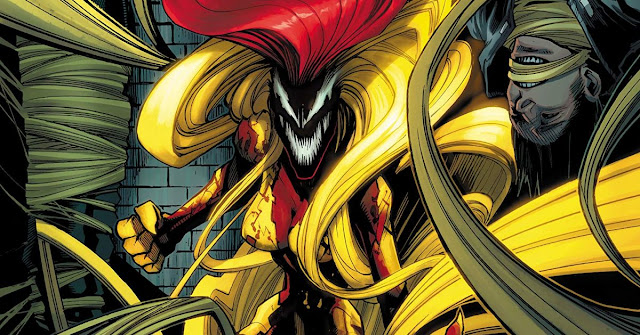 Starting August 14th, She-Venom Patricia Robertson will no longer be known by that name. You can call her Scream, which also happens to be the title of a three-issue Absolute Carnage tie-in. Writer Cullen Bunn is teaming with former Venom artist Gerardo Sandoval to breath new life into what Bunn is considering a new character, which will still "honor what came before." 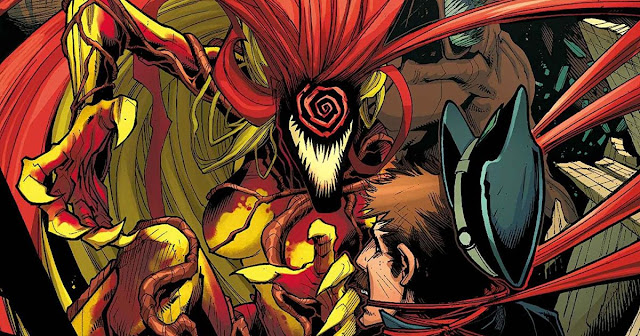 "The name She-Venom does very little for me. I get that it's a shortcut to character identification, but Scream is a much better name. A big part of this story is how Patricia handles this new symbiote. There's some serious, sinister stuff going on in the world, and it would be easy for Patricia to get overwhelmed by it all. It is her determination and willpower that will see her through (or break and send her down the spiral). I also think she's a cool character because she hasn't been a symbiote-host for so long. Still, though, she is haunted by her brief time with a symbiote. It left some deep scars."

Giving "She-Venom" an actual name is a great idea, especially in a time where we're trying to establish women superheroes or anti-heroes as just as integral as male ones. I'm not too familiar with She-Venom, so I don't know if her costume has been upgraded. I think she looks pretty cool. With the appearance of Michelle Williams as a female Venom in Sony's movie adaptation, I think it's a good time to resurrect the character. Especially since Williams was just announced as part of the cast of Venom 2, which is being directed by Andy Serkis. I know she plays a different character than the one in the Scream comics, but it's a step in the right direction.

You can read more of the interview right here.