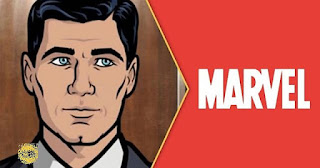 As Marvel begins an era that will be without Defenders series and Agents of S.H.I.E.L.D., it looks like they'll be working alongside one of the premiere animation studios in the business in forging a new future. Now they're recruiting top talent to make it all happen. ComicBook.com has learned that Marvel is working with the Emmy Award-winning studio Floyd County, which has produced the popular FX series Archer since it began in 2009. More >>
Newer Post Older Post Home