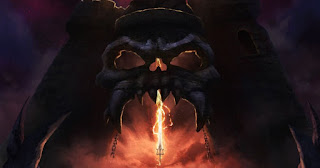 While Sony Pictures is currently getting a new Masters of the Universe movie together, there’s another treat in store for fans who have been anxious to head back to Eternia. Filmmaker Kevin Smith announced at Power-Con that he will act as executive producer and showrunner on a new He-Man and the Masters of the Universe series at Netflix that will pick up where the original series left off back in 1985. More >>
Newer Post Older Post Home