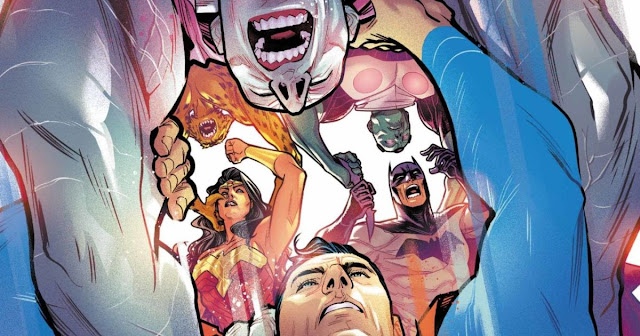 The Justice Society of America has officially shown up again in DC continuity. Barry Allen / Flash and John Stewart / Green Lantern encountered a version of the JSA at the end of Justice League #30, the first issue of the anticipated “Justice Doom War” storyline. DC also re-introduced Kamandi, beloved last boy on Earth, back into continuity. It’s all part of the plot line started by writers Scott Snyder and James Tynion IV when they launched the new Justice League title just over a year ago.