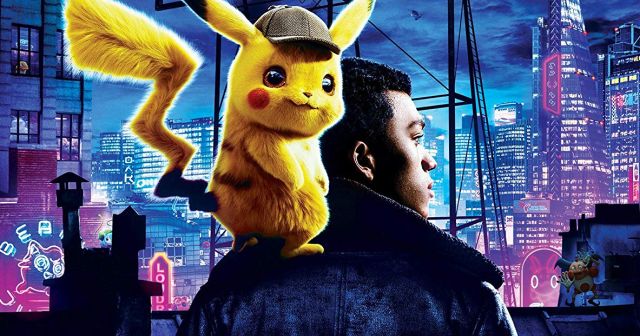 Let me make something perfectly clear before I go into this. I'm not a fan of Pokemon and knew close to nothing about the property before sitting down to watch Detective Pikachu. All I knew was that some kid named Ash throws red and white balls around to catch them. Sometimes, they would fight each other and "evolve" into scary monster versions of themselves. 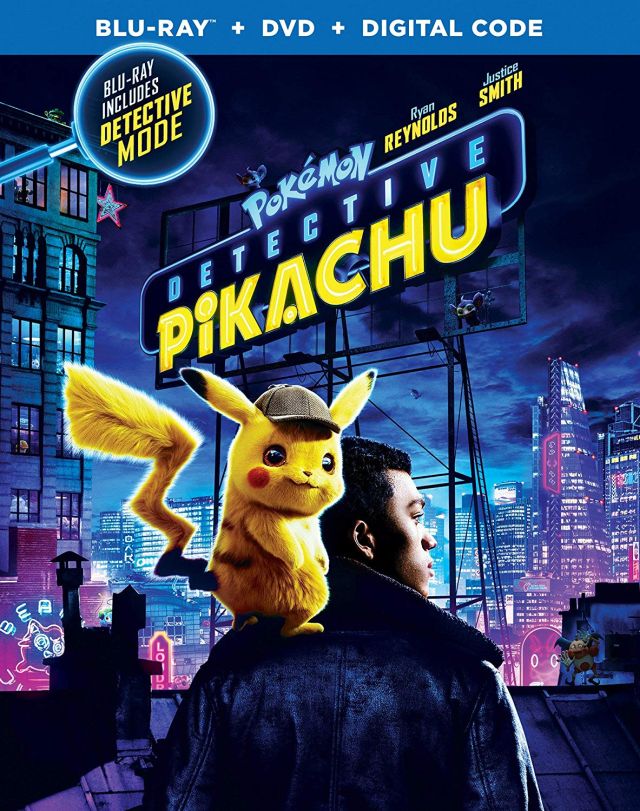 Ace detective Harry Goodman goes mysteriously missing, prompting his 21-year-old son, Tim, to find out what happened in Pokemon: Detective Pikachu. Aiding in the investigation is Harry's former Pokémon partner, wise-cracking, adorable super-sleuth Detective Pikachu. Finding that they are uniquely equipped to work together, as Tim is the only human who can talk with Pikachu, they join forces to unravel the tangled mystery.

I was pleasantly surprised that I didn't need an extensive backstory on every character, creature, and locale to enjoy Pokemon: Detective Pikachu. The story is set up and they explain the things you need to know to move the plot along and that's it. There's no lengthy explanations every time a different Pokemon walks onscreen and we're not left with gaps in the tale we need to go do research on to understand what's going on.

For deep-rooted fans of the Pokemon franchise, I've been informed there are tons of Easter eggs and little surprises to be enjoyed in Detective Pikachu. Casual viewers such as myself will find plenty to enjoy in the way of quirky and crazy creatures without having to know their names and power stats. Having Ryan Reynolds voicing the main Pokemon definitely is a plus. I'm sure his vocal presence adds to the viewing experience for those who might not be all that excited to take the kids to see it. 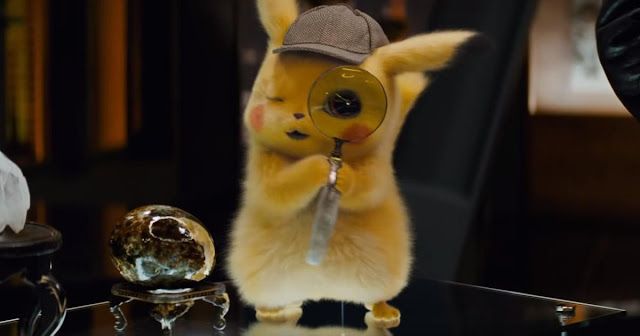 Pokemon: Detective Pikachu is rated PG for action/peril, some rude and suggestive humor, and thematic elements. Ryan Reynolds uses mild profanity and makes some sexual jokes that will fly over most kids' heads. Aside from that, the only other warning I have is that some of the intense action and Pokemon might scare younger viewers.

The Blu-ray / DVD Combo of Pokemon: Detective Pikachu comes with some bonus material that will thrill fans. There are seven behind-the-scenes featurettes that give you insight into the making of the movie and the world of Pokemon. Commentary is provided by Mr. Mime for his interrogation scene. Detective Mode is a pop-up feature gives you plenty of interesting info throughout the entire movie. We also get an alternate opening and music video for "Carry On" by Rita Ora and Kygo.

Pokemon: Detective Pikachu has enough elements to keep both parents and children entertained. Aside from all the different Pokemon strolling in and out of scenes, there's a pretty efficient little mystery to be solved by the movie's end. Blend that with some good humor and very impressive action sequences, and you have an enjoyable family movie night.