Get the Inside Scoop on the History of the Caped Crusader in BATMAN: THE DEFINITIVE HISTORY OF THE DARK KNIGHT 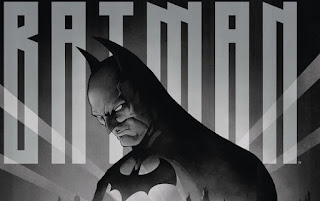 Since his 1939 debut in the pages of Detective Comics, Batman has become an icon, instantly recognizable the world over. Through the years, Gotham City’s guardian has been interpreted in so many radically different ways that we all now have our own Batman. To some, he’s the colorful Caped Crusader who dispatches villains with a POW! To others, he’s the grim Dark Knight hell-bent on avenging the death of his parents. And to others still he’s made of LEGO, has great abs and likes to eat lobster thermidor! More >>
Newer Post Older Post Home