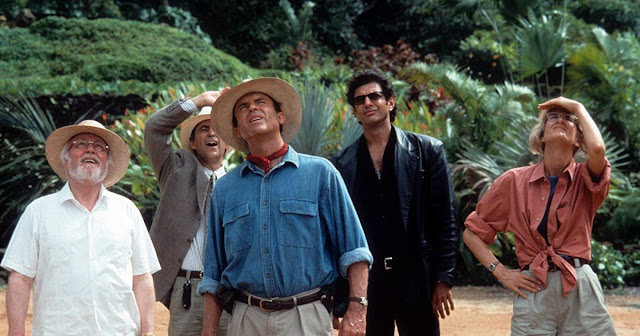 Is the new "Jurassic World" ride is an indicator of what’s to come for the “Jurassic” franchise, with Colin Trevorrow and stars Bryce Dallas Howard and Chris Pratt set to begin filming “Jurassic World 3” in spring 2020. So what about those rumors that original stars Jeff Goldblum (who appeared as Dr. Ian Malcom in “Jurassic World: Fallen Kingdom”), Laura Dern (Ellie Sattler) and Sam Neill (Alan Grant) will return for the film? "I can confirm nothing... But nothing would make me happier than to be able to work with any of those people,” Trevorrow teased.