A ‘Practical Magic’ Prequel Series Has Been Summoned by HBO Max 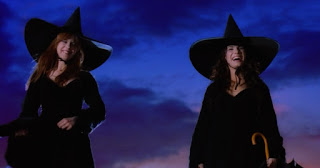 HBO Max is about to bring a little more magic into our lives. WarnerMedia’s upcoming streaming service has given a pilot order to a Practical Magic prequel series, which will presumably lead up to the events in the 1998 fantasy film starring Sandra Bullock and Nicole Kidman. Variety broke the news that HBO Max has given a pilot production commitment for Warner Bros. Television’s one-hour drama Rules of Magic, a prequel series to Practical Magic. More >>
Newer Post Older Post Home