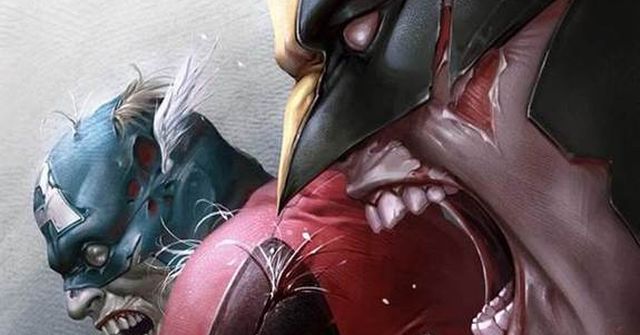 Just as Robert Kirkman's main zombie comic The Walking Dead is apparently coming to an end, Marvel Comics has announced his other zombie comic Marvel Zombies will be returning this October. This digital painting by Inhyuk Lee shows Captain America, Deadpool, and Wolverine as zombies. While the three are some of Marvel's most popular characters, they also have a shared connection as subjects of the stories Weapon program.