Loki is Back in His Own Ongoing Series Debuting July 17th 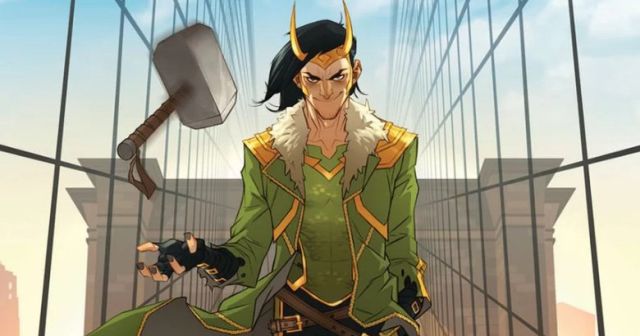 Writer Daniel Kibblesmith, artist Oscar Bazaldua, and colorist David Curiel have paved a rainbow bridge for Loki back to Earth - and back in his own ongoing series debuting July 17 from Marvel Comics. Loki died in the War of the Realms kick-off back in April, but returned by that event series' end - reborn. And with that 'rebirth' comes a change of ways for the Asgardian god of mischief - a new leaf as it were, for good.