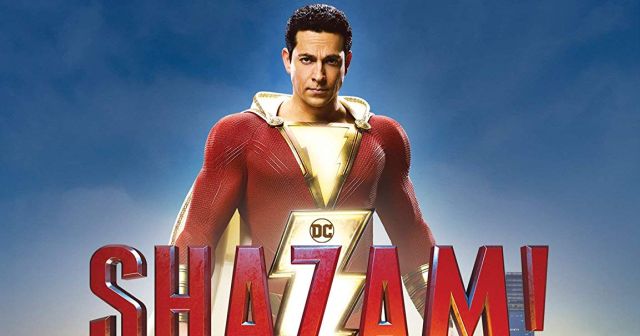 A near-perfect blend of Big and Superman: The Movie, Shazam! is a superhero movie done right. It has everything you'd ever want in a comic book character's origin story. There are family dynamics, heart and soul, humor, action, and scares for everyone of all ages. 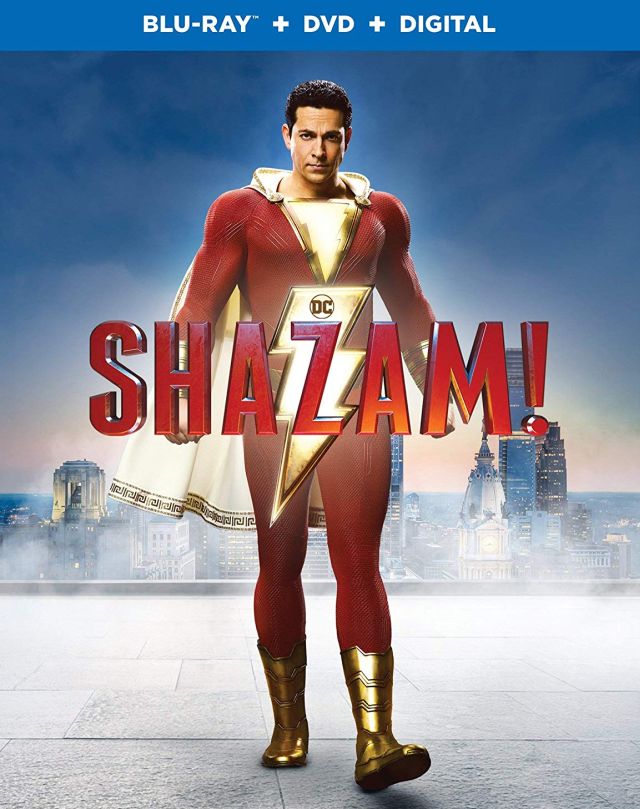 14-year-old Billy Batson shouts out one word to transform into the adult superhero Shazam. Still a kid at heart, Shazam revels in the new version of himself by doing what any other teen would do -- have fun while testing out his newfound powers. But he'll need to master them quickly before the evil Dr. Thaddeus Sivana can get his hands on Shazam's magical abilities.

The point of Shazam! is not to show a flawless superhero icon with no sort of real-world problems. To be a worthy person doesn't mean you don't make mistakes and wrong decisions. It's all about choosing your destiny and deciding what route to take in life. Billy Batson realizes his potential and chooses to use his powers for good.

I'll be completely honest - there's nothing really new to be found in Shazam! But what it does to make it rise above the rest of its competition is provide viewers with a well-paced good time. Couple that with actors invested in their roles, whether they be stereotypical characters we've seen before or something completely new, and you have a spirited action movie for audiences to get excited about. 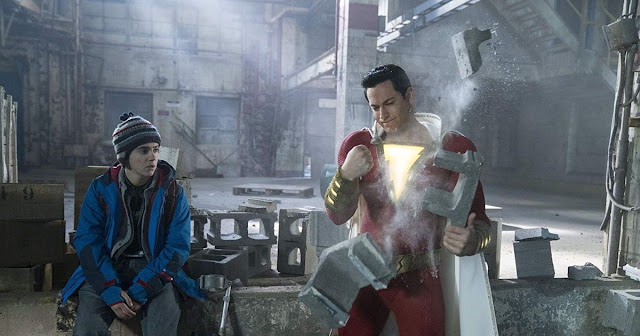 Shazam! is rated PG-13 for intense sequences of action, language, and suggestive material. Profanity is used here and there throughout the movie. The creatures that make up the Seven Deadly Sins will definitely be too intense for most viewers under the age of ten or so. The real offenses are a couple of sequences that take involve strip joints. Nothing is shown, but I still think it was unnecessary and glorified or made light of going to such places and objectifying women for entertainment.

The Blu-ray edition of Shazam! comes with some bonus material that will make fans of the film happy. There are five featurettes that go behind-the-scenes and give us insight into the cast and the making of the movie. We also get some history on the character of Shazam! Deleted and alternate scenes broaden the scope of what we saw in the theatrical release. A gag reel provides us with some bloopers and hilarious outtakes from the set. An exclusive motion-comic entitled Superhero Hooky takes us beyond the movie for a micro-adventure featuring the cast from the film voicing their characters.

Shazam! is definitely a worthy addition to everyone's home entertainment library. I deem it to be one of the best entries in DC's new generation of comic book movies. It's a good time the whole way through, while still having its faults. There's still a dark edge to it when there needs to be, but it doesn't take itself too serious by sucking all the joy out of the audience's experience like Man of Steel and Batman v. Superman does. This belongs right next to Aquaman and Wonder Woman on your shelf.