Want to See a Blurry First Look at Marvel and Disney+'s Loki Series? 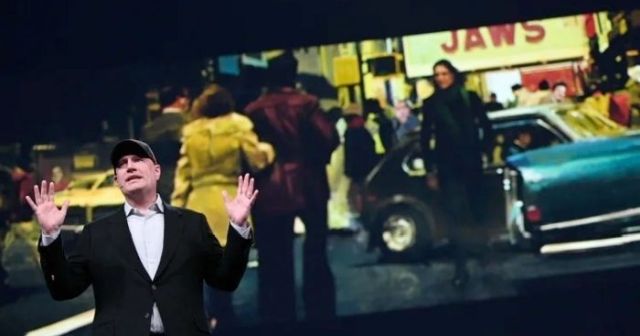 Disney+ won’t debut until this November, but we’ve got a first look at one of the shows Marvel Studios is making for the streaming subscription service. There was a Disney investor meeting in April where some details about the new Marvel Studios shows coming to Disney+ were discussed. During that meeting, the logo for the Marvel Loki series and a piece of concept art from the show were presented. That was initially only for the eyes of Disney’s investors, but now an image from the event has revealed Kevin Feige standing in front of the Loki series first look.