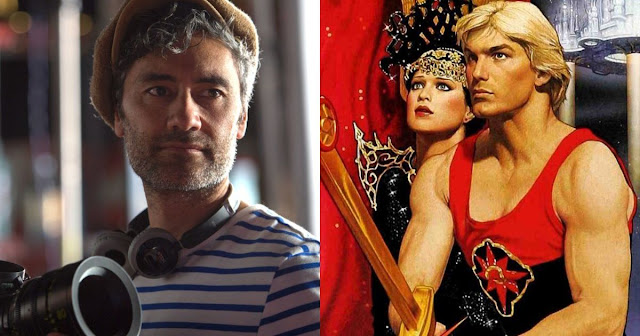 Fox/Disney has attached Thor: Ragnarok director Taika Waititi to “crack” Flash Gordon, as an animated feature film. Deadline heard that the inventive filmmaker was signing on to write and direct, but his camp indicates it’s too early to gauge exactly what his role would be. Flash Gordon has been in development for what seems like ages but an animated film is an intriguing way to tackle an iconic property that slipped into the cheesy category thanks to a 1980 film that starred Sam Jones and Max Von Sydow and had a memorable theme song and soundtrack by Freddie Mercury and Queen.