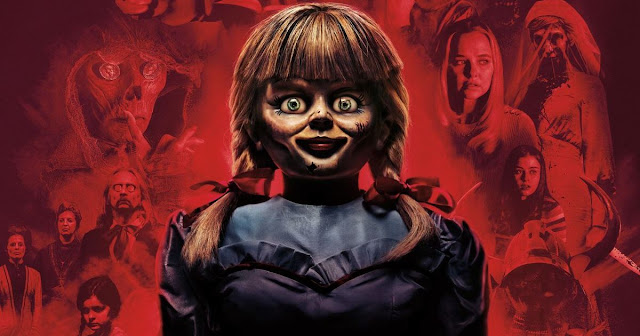 Super scares on the tour center around several flickering vintage TVs similar to the future revealing TV in the movie; an accordion-playing monkey, which has been seen in other “Conjuring Universe” films; a creaking rocking chair; a self-playing piano with a playlist of its own; and much more. And don’t miss the photo booth with Annabelle herself, enhanced with special features to make sure visitors can feel her presence.

Get ready for Annabelle to possess your town on the Artifact Room Tour when she and her spirited friends arrive in Dallas:

“Annabelle Comes Home” is the third installment of New Line Cinema’s hugely successful “Annabelle” films starring the infamous sinister doll from the “Conjuring” universe. Gary Dauberman, the screenwriter of the “Annabelle” films, “IT” and the upcoming “IT Chapter Two,” and “The Nun,” makes his directorial debut on the film, which is produced by Peter Safran (“Aquaman”), who has produced all the films in the “Conjuring” franchise, and “Conjuring” universe creator James Wan (“Aquaman”), who has produced the last five films under his Atomic Monster banner.

Determined to keep Annabelle from wreaking more havoc, demonologists Ed and Lorraine Warren bring the possessed doll to the locked artifacts room in their home, placing her “safely” behind sacred glass and enlisting a priest’s holy blessing. But an unholy night of horror awaits as Annabelle awakens the evil spirits in the room, who all set their sights on a new target—the Warrens’ ten-yearold daughter, Judy, and her friends.