An Inside Look into Terror in the Skies 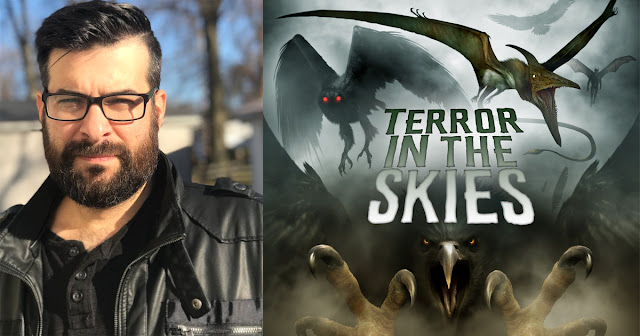 I recently had the privilege to speak with Seth Breedlove (pictured above) director and co-writer of Terror in the Skies as well as the narrator of the film Lyle Blackburn, and Ken Gerhard (noted cryptozoologist who features prominently in the film). If you read my review of the film (click here if haven’t) you know that I really believe that this film set a new standard for the genre. On the first watching it’s easy to be caught up in how first-class the project is, despite the limited budget Small Town Monsters (the production company) actually has.

“People see the final product and don’t see how informal and rag-tag we are.” Lyle Blackburn told me, “It’s become a group of friends making films that appear to have a much larger budget than people believe. All these guys could work for a big Hollywood studio but these films are made by the seat of our pants and they come out great. It’s a team effort and a lot of fun, having a great time making these films. This is far more rewarding than working with larger network television.”

But beyond the quality of the film production, the score, and brilliantly crafted narrative it becomes clear upon repeated viewings that there is something more… something deeper. You feel it as you watch the film and it was hard for me to put my finger on it until I spoke with Mr. Breedlove over the phone. I asked him why, since several of the cryptids explored in the film have been seen all over the country (really the world), he chose to focus on southern Illinois. In his response he said:

“Small Town Monsters has always focused on small regional areas… the idea is to keep everything localized… because our audience really appreciates the stories of these small towns and their people… We’d really like people to appreciate the ridiculous beauty of southern Illinois.”

Where most cryptozoological / paranormal documentaries focus on the creatures, Terror in the Skies focuses on the people and places affected by these encounters. These small towns aren’t props for the producers to use to gin up drama, they are the homes to real people with real lives. It is that genuine sense of concern and caring that carries through the entire film, particularly when the experts speak about the ridicule and derision many of these witnesses experienced after coming forward.

“I think what I want everyone to come away with after watching the movie,” Mr. Breedlove said, “is keep your mind open to a subject that seems laughable on the face. Once you dig into it and talk to the witnesses and get into the lore, the ancient history it becomes obvious that there is far more going on.” A sentiment echoed by Ken Gerhard who stated, “There’s so much information out there to be dug up, and you’re always finding something new to be uncovered.” Ultimately that is the message of not just Terror in the Skies, but of all the Small Town Monsters projects: Stop to appreciate the people and the world around you because it is bigger, more beautiful, and stranger than you realize.

If you haven’t yet seen the film I highly suggest purchasing or renting Terror in the Skies from Amazon Instant Video, Vimeo OnDemand, DVD and VIDI Space. Available now.

P.S. I asked Lyle Blackburn if people ever mistake Ken Gerhard and himself at conventions. His response:

“It is constant. People just see the black hat and we look similar… for two guys with egos it would be a problem, but it’s good for us because it’s like we’re at two places at once. It keeps us on people’s minds and I’m sure people buy my books thinking I’m him and his books thinking he’s me.”

As a civic duty I felt that I should help clear this up once and for all: Lyle is the one on the right and Ken is on the Left. Now go see the movie! 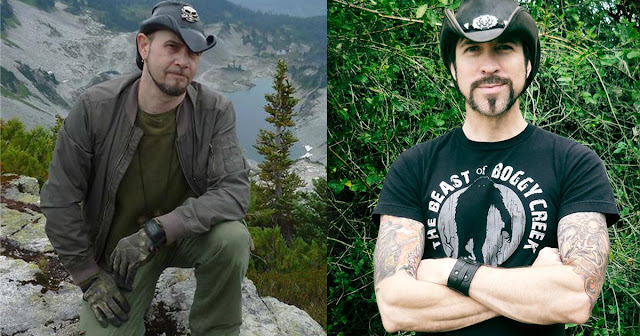