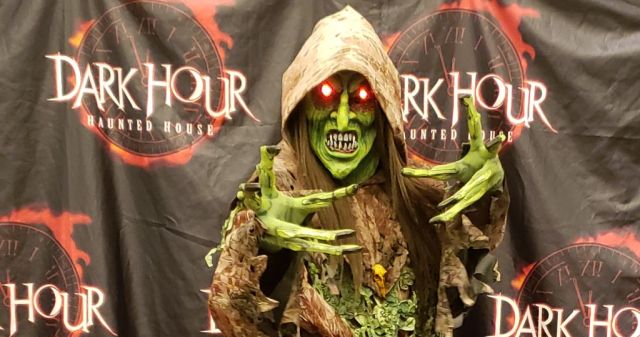 Texas Frightmare Weekend just celebrated fourteen years of events and I can tell you that it has more than earned its title as, “The Southwest’s Premier Horror Convention.” I can honestly say that it's my favorite pop culture convention and has been for years. It's safe to say that 2019 might be the year that the event has shown its most growth. Whether it was Friday, saturday, or Sunday, the halls of the Hyatt Regency DFW Airport were full of attendees waiting to meet their favorite actor or director or just waiting to get their hands on that hard-to-find horror collectible they've been hunting for. 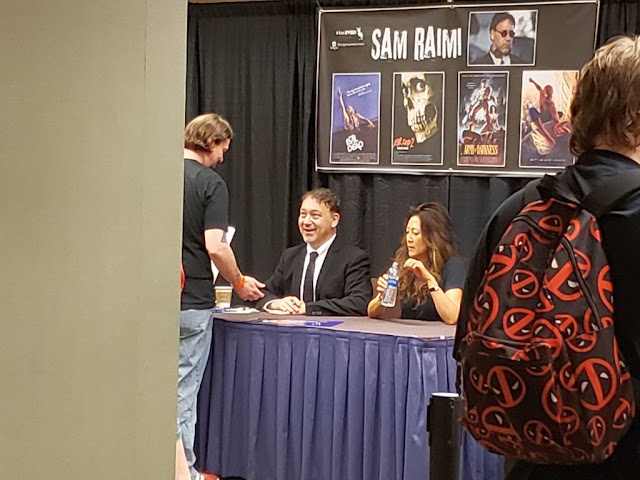 It shouldn't come as a surprise that Texas Frightmare Weekend is such a beloved and well-known convention. Whether you're a fan of new horror movies or the classic scares of the 1970s, 1980s, and 1990s, the annual event will have something for you to get excited about. Blumhouse Producer Ryan Turek was there with new Michael Myers actor James Jude Courtney were in attendance. Legendary Director and Producer Sam Raimi basically spent three days straight signing people's memorabilia. If you're more into the time-honored fright flicks of days gone by, you could choose from dozens of celebrities from such films as A Nightmare on Elm Street, Halloween, The Rocky Horror Picture Show, Evil Dead, Re-Animator, and more. 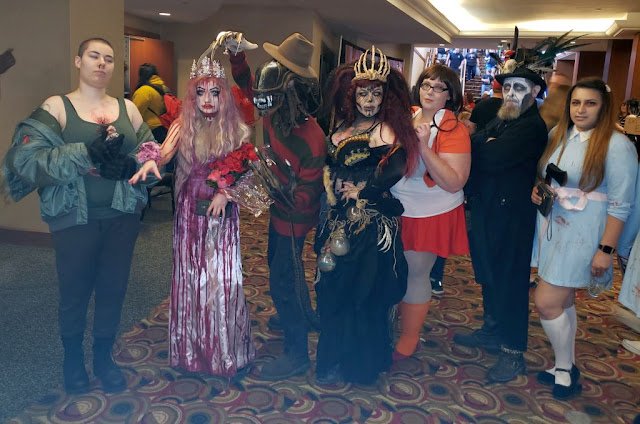 My time was spent wandering the halls of Texas Frightmare Weekend taking in anything I could or talking to folks I ran into. That's what I love the most about the event. There are tons of like-minded people to hang out with and carry on conversations about your favorite horror genre or sub-genre. Most of the actors are very approachable and willing to chat when they're not busy giving autographs or taking photos. 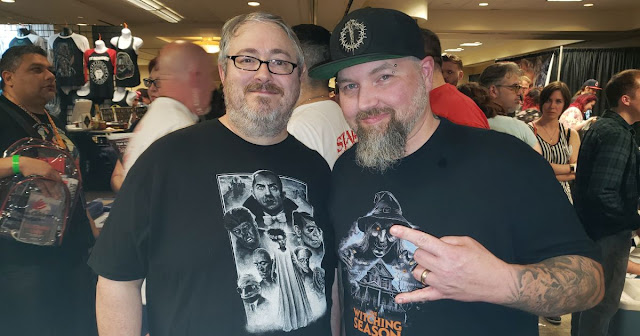 Friday I spent getting familiar with the layout of Texas Frightmare Weekend. As I wander around the vendor area, I happened to run into Living Sacrifice guitarist and Evanescence drummer Rocky Gray. Aside from his usual music gigs, he keeps busy these days scoring, directing, and producing independent horror films. Gray's musical chops can be heard in films like 10/31, In Memory Of, and Close Calls. He directed one of the segments in 10/31, which he also produced. A sequel to 10/31 is about to come out and you can help fund it right here. 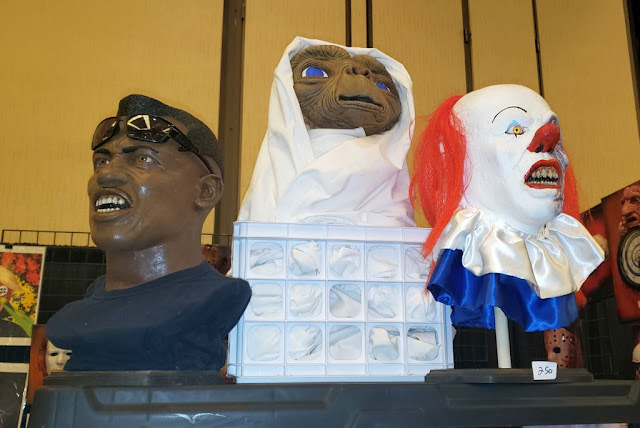 The rest of Friday night I spent hanging out with my good buddies from Greeks Films in the hotel bar. I've known Duane Graves and Justin Meeks for a few years now and never miss the opportunity to catch up with them when they're in town. These guys have made some great indie movies like The Wild Man of the Navidad and Butcher Boys, both produced by Texas Chainsaw co-creator Kim Henkel. They also made a great horror western that shouldn't be missed entitled Kill Or Be Killed. 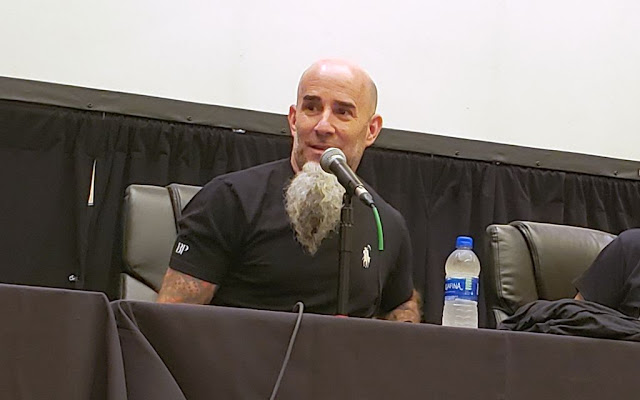 Sunday was spent taking more photos of cosplayers and some of the guests in attendance at Texas Frightmare Weekend. I also sat in on the Halloween Panel, which included original Michael Myers actor Nick Castle, new Michael Myers actor James Jude Courtney, and cast members P.J. Soles, Nancy Loomis Keyes, and Sandy Johnson. They all shared stories of their time making Halloween movies and answering questions from the sold-out audience. Scott Ian and Charlie Benante from Anthrax were two of the musical guests and they did a very entertaining panel where they answered questions about their career in the band and as composers for John Carpenter's Ghosts of Mars. 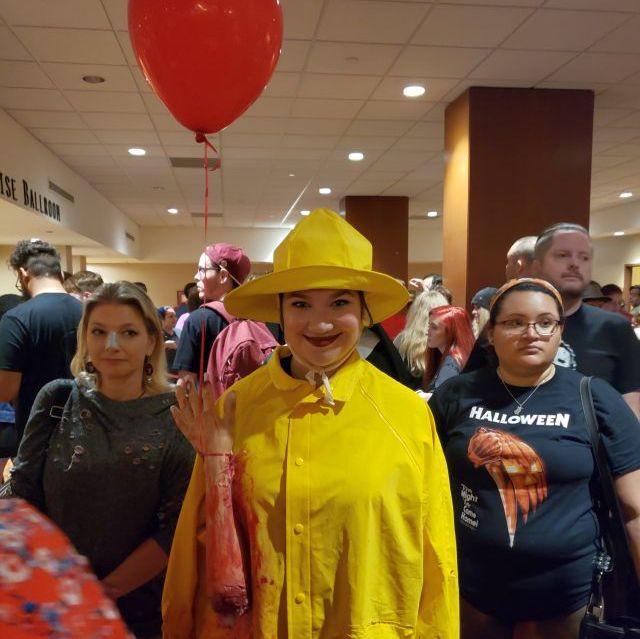 Highlights of Texas Frightmare Weekend for me were getting to meet Director and actor Nick Castle. Most everyone at this convention knows him as the man who played Michael Myers in the original Halloween. I know him as the director of one of the greatest sci-fi movies of the 1980s - The Last Starfighter. He told me that my dreams of a new Last Starfighter movie might be a whole lot closer to coming true than I'd believe. I also took the opportunity to tell Anthrax guitarist Scott Ian thanks for helping me keep my sanity and being the soundtrack to my skateboarding as I grew up in a little podunk town in Central Texas. 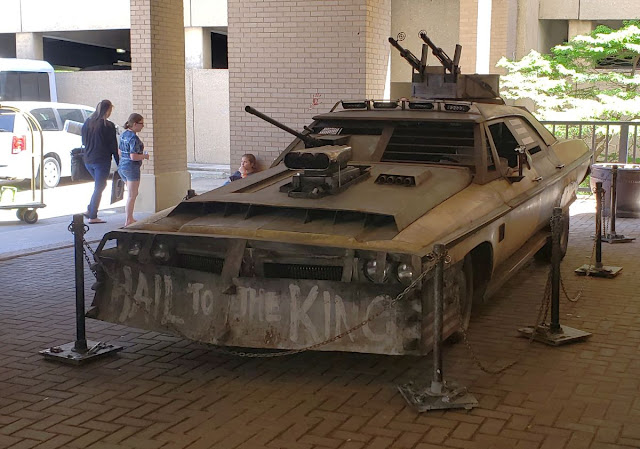 I think I say this every year and I'll say it again. If you're a fan of horror movies, you really need to experience Texas Frightmare Weekend. You won't be disappointed and will never miss another one again. Since the first one I went to over a decade ago, I think I've missed one and it hurt. Start saving up for all the autographs, cool merchandise, and collectibles you could ever want for next year's event, which is taking place May 1st through the 3rd at Hyatt Regency DFW Airport.