Spider-Man: Far From Home Confirms MCU is Earth-616 in Multiverse 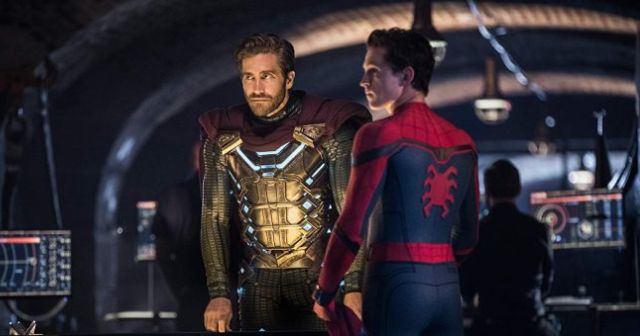 Whether Spider-Man: Far From Home introduces the multiverse seems to no longer be a question in the latest clip released by The Ellen Show. The clip shows us the moment that Nick Fury (Samuel L. Jackson) introduces Peter Parker (Tom Holland) to Mysterio (Gyllenhaal), who reveals himself to be a man from an alternate Earth named Quentin Beck. Beck explains that his world and the world of the Marvel Cinematic Universe, which he dubs Earth-616, “share identical physical constance, level 4 symmetry,” much to the delight of the very nerdy Peter. Quentin, meanwhile, hails from Earth 833, he tells Peter.