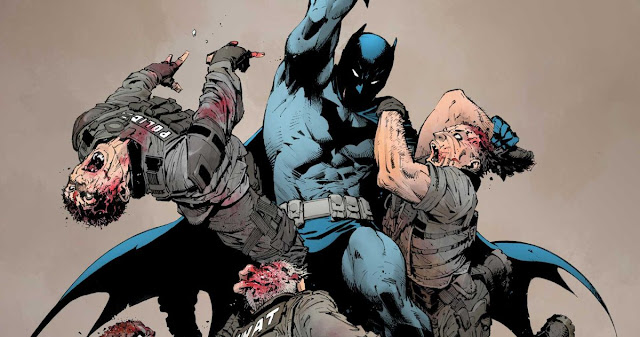 DCeased #1 isn't anything we haven't seen before. Marvel's done it with their Zombies event back in 2005 through 2006, penned by genre giant Robert Kirkman. As a matter of fact the whole concept of a techno-virus driving people out of their minds and turned into mindleless maniacs through electronics was addressed in a Stephen King short story entitled Cell. It was made into a movie starring John Cusack and Samuel Jackson a few years back. 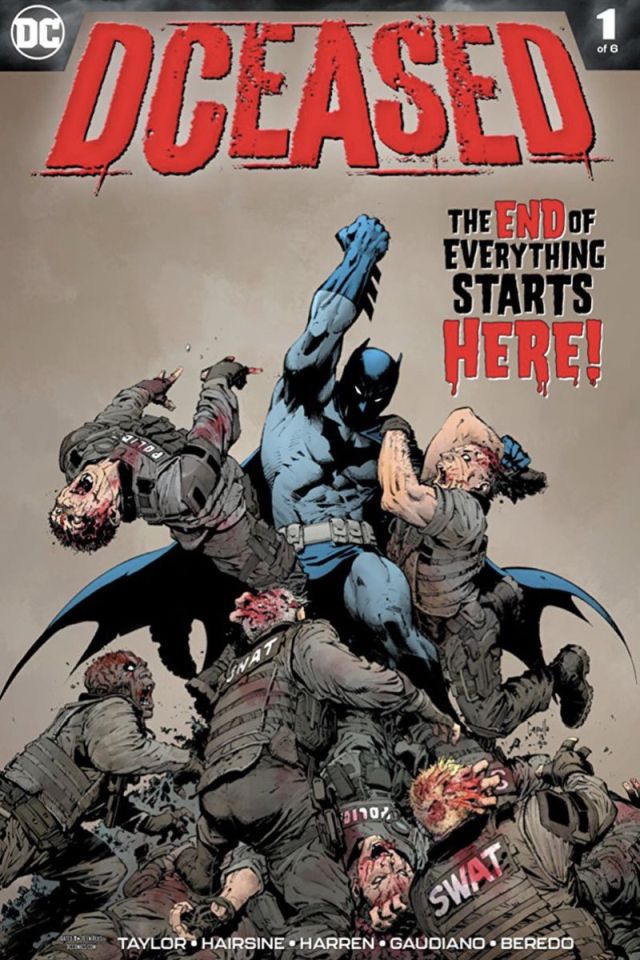 That doesn't change the fact that the idea is still terrifying and putting the Justice League and their pals in the thick of it all adds a whole other level of excitement and drama. Trevor Hairsine) and Stefano Gaudiano's (The Walking Dead) artwork brings Tom Taylor's (Injustice) tale to life in all its bloody and visually alarming glory for DCeased #1.

A mysterious techno-virus has been released on Earth, infecting 600 million people and turning them instantly into violent, monstrous engines of destruction. 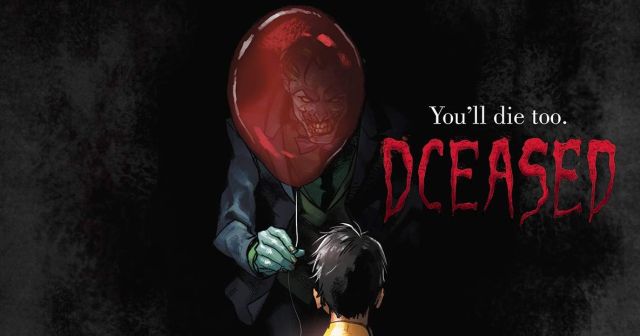 The heroes of the DCU are caught completely unprepared for a pandemic of this magnitude and struggle to save their loved ones first…but what happens to the World’s Greatest Heroes if the world ends?

DCeased #1 is rated T+ for Teen Plus. It contains violence and frightening and intense sequences. Things definitely get a bit gory and readers see their heroes in situations that might scare them.