Agents of Atlas Get Their Own Limited Series 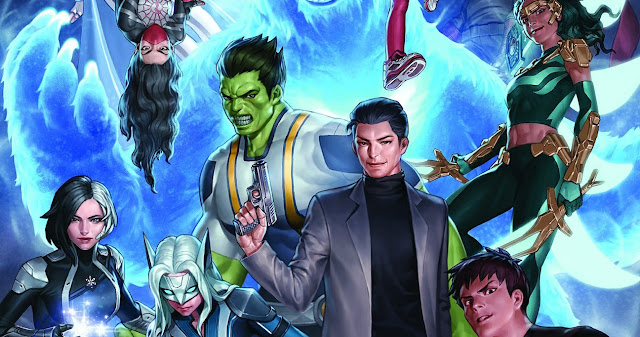 They made their debut as a super team during Marvel's epic comic event, War of the Realms -- now the Agents of Atlas will get their own stand-alone limited series beginning this August! Featuring a lineup of all Asian and Asian-American team members, the Agents of Atlas will see familiar Marvel characters -- like Shang-Chi, Amadeus Cho (Brawn), Cindy Moon (Silk), and Agent Jimmy Woo -- join some newer faces -- Lei Ling (Aero), Lin Lie (Sword Master), and Pearl Pangan (Wave) -- to defend the cross-Asian city of Pan from the science-magic threat of a classic Marvel villain.