IDW will celebrate the work of the late Bernie Wrightson with a new edition of his revered illustrated adaptation of Mary Shelley's Frankenstein. Anyone who has seen even one or two of the drawings Wrightson did to accompany the words of Shelley knows that he truly captures the essence of the writer's words visually. Wrightson is best known to the comic book world as the co-creator of DC monster-hero Swamp Thing.

I was lucky of enough to have met the late artist on several occasions. Fortunately, I acquired an Italian hardcover copy of Bernie Wrightson's Frankenstein which he signed for me. Many are probably wondering what the significance of the book being in Italian has to do with anything. I got it in tribute of my late Italian grandmother, who I loved very much and whose parents came to America from Italy at the turn of the 20th century.

Bernie Wrightson is universally regarded as the finest horror artist of the last 50 years, and Frankenstein was his undisputed opus. IDW Publishing is proud to announce that this masterpiece of illustration will be presented in the Eisner Award-winning Artist’s Edition format for late next year. 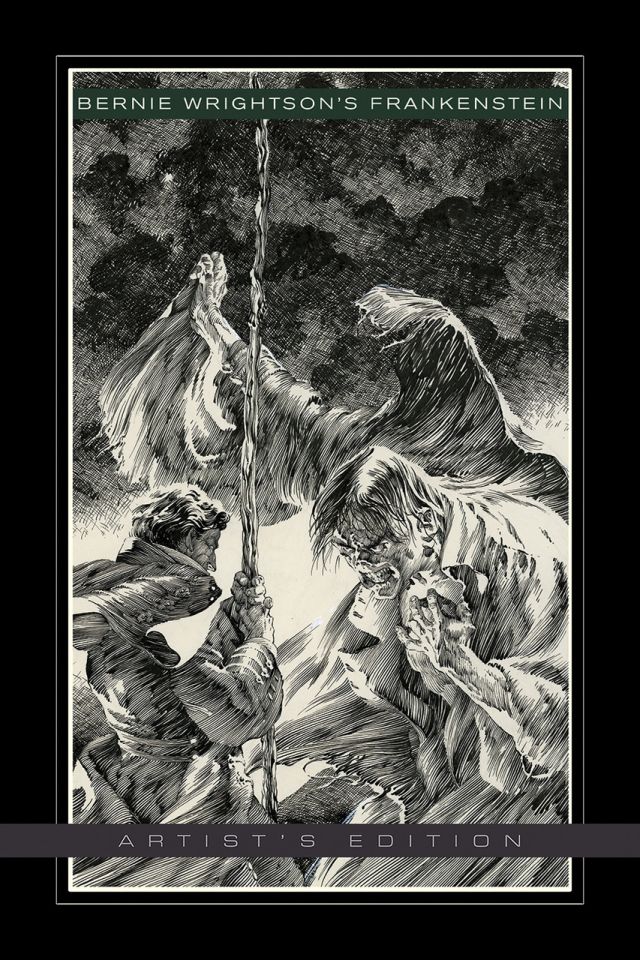 As with all Artist’s Editions, each gorgeous plate will be reproduced from scans of the original art and printed at the same size they were drawn, with all the distinctive creative nuances that make original art unique – a perfect representation of the work in its original form.

“I’m incredibly pleased and somewhat stunned – it has been a dream of mine for years to do this book. It’s truly an honor,” says Artist’s Edition Editor Scott Dunbier.

In 1975, Wrightson was a founding member of The Studio, an art collective in Manhattan’s Chelsea District, alongside Jeff Jones, Michael Kaluta, and Barry Windsor-Smith. It was during his time at The Studio that he began work on Frankenstein, which was eventually published in the early 1980s by Marvel Comics. A sequel entitled Frankenstein Alive, Alive was released by IDW as a comic book series beginning in 2012 and will be collected as a hardcover this October.