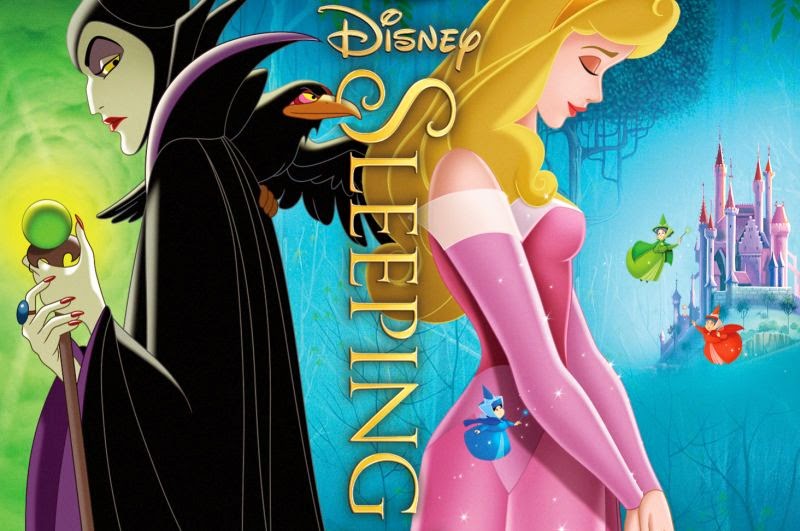 Disney continues its new tradition of unveiling all their classics in digitally restored high-definition with the release of “Sleeping Beauty” in a Diamond Edition. Having been released already in a Blu-ray format, the new version doesn’t create the same sense of urgency we get when one of the vaulted titles gets its first upgrade. Mouse House devotees will still want to jump up and grab one off store shelves before they disappear.

The evil sorceress Maleficent places a curse on Princess Aurora after being slighted by the royal family. She will die by pricking her finger on the spindle of a spinning wheel before her 16th birthday. The king puts his daughter in the care of three fairies who take her into hiding to keep the tragedy from occurring. Maleficent becomes obsessed with finding the girl and fulfilling her evil spell.

“Sleeping Beauty” Diamond Edition is presented in 1080p High-Definition with an aspect ratio of 2.55:1. The digital restoration brings out all the beauty, texture, and depth of the backgrounds and foregrounds for each scene. It’s gorgeously apparent during the climactic battle sequence between the prince and Maleficent.

A 7.1 audio upgrade puts home audiences in the center of all the drama, romance, and action. The movie’s musical score, strong voice cast, and atmospheric sound effects place us in a fairy tale world you’ll want to re-visit time and time again. It’s all a perfect accent to the great imagery unfolding before our very eyes.

“Sleeping Beauty” Diamond Edition comes with a myriad of educating and entertaining bonus material. There are several featurettes focusing on the making of the movie and the talent involved. “Beauty-Oke” provides children of all ages the opportunity to sing along to their favorite songs from the movie. Three deleted scenes are included as well. Some of the classic special features from the original 2008 Blu-ray release are found as well.

I was pleasantly reminded of the dark elegance of Maleficent and the strong gothic overtones presented in “Sleeping Beauty.” They reminded me of the atmosphere found in the underrated “The Black Cauldron” and “Hunchback of Notre Dame.” Being a fan of horror movies, I was attracted to the last quarter of the film more so than the first three.

Disney collectors and those who never got a chance to get the Platinum Edition of “Sleeping Beauty” will want to rush out and grab a copy of the Diamond Edition immediately. After a window of a month or so, this new version will become scarce and you’ll be hard-pressed to find a copy of it anywhere. It’s an essential addition to your family’s home entertainment collection.