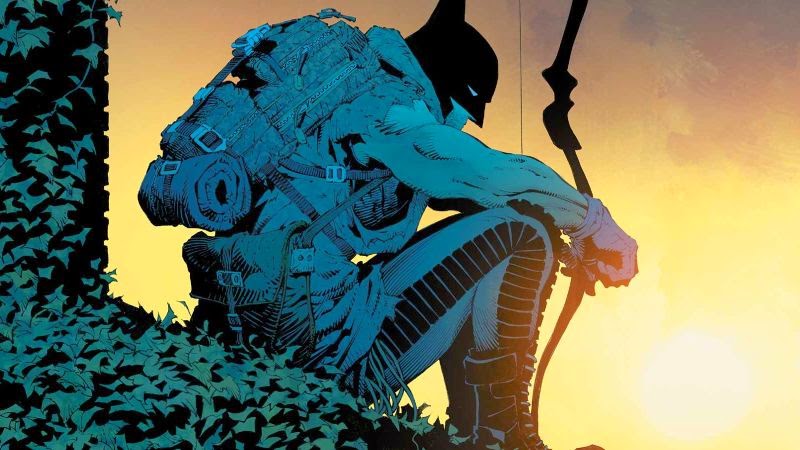 “Batman Volume 5: Zero Year – Dark City” continues writer Scott Snyder’s electrifying retread of the Dark Knight’s early years as a crime fighter in Gotham City. He finds himself going up against Edward Nygma, who calls himself the Riddler, and a disgraced bone researcher dubbed Doctor Death after a series of medical tragedies. The book collects Batman issues 25 through 27 and 29 through 33 of the monthly title.

The Riddler is holding the city ransom under a technological net that scrambles all electronic communications in and out of the great metropolitan. Our hero must find a way to thwart his bone-crushing minion Doctor Death along the way and shut down the Riddler’s hold on all of Gotham before it’s too late.

Scott Snyder gives us the Dark Knight we want in “Batman Volume 5: Zero Year – Dark City.” He’s young and ready to take on the world. Besides his physical stamina and fighting abilities, he uses his intellect to solve conundrums and track down Doctor Death and the Riddler. Snyder knows exactly how to blend together Batman’s detective skills with his physical strength and agility to create a story strong in both mystery and action.

Artist Greg Capullo continues to bring Snyder’s words into being with his remarkable illustrations. Every panel tantalizes the eye with intense scenes of drama and menace. FCO Plascencia’s coloring emphasizes Capullo’s handiwork and makes it pop off the page.

“Batman Volume 5: Zero Year – Dark City” is rated “T” for Teens. Things do get a little tense and there are some disturbing images when it comes to Doctor Death’s victims. The only other issue is the comic book violence which pushes this into PG-13 territory.

I’m enjoying the new vision of the Dark Knight’s early years we’re getting in “Batman Volume 5: Zero Year – Dark City.” The interesting new costume designs for Batman are entertaining. Greg Capullo’s renderings of young James Gordon and the Riddler are also captivating. Scott Snyder and Capullo are a partnership which could steer the Batman title ahead magnificently for a long time.